The Ghosts of Breckon Ridge Excerpt 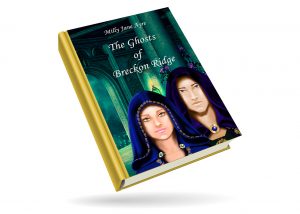 Loric grabbed Brannon and yanked him behind a trader’s stall. Cursing, Brannon asked, “What did you do that for? He’s so close we can take him.”

“Latmus and Valcat told us to scout out the thief and find who he’s working with, not arrest him.”

“And we have. He’s working in league with the trader over there. It’s obvious the thief steals the items and then the stallholder sells them on to his unsuspecting customers.”

“I can see that, but we can’t approach them.”

“Why not? They’re right there.”

“Because once we know where the thief is selling the stolen goods, we have orders to report back to Latmus or Valcat.”

Brannon scoffed, “Since when did you listen to anything Valcat said?”

“Since he frogmarched me into the castle and forced me to join the Calliston Army, the same as Cugar did to you.”

“What, and you think they never took chances? How do you think you get from student to High-ranking officer? Not by skulking behind trader’s stalls and doing nothing. I can tell you that much.”

Loric rolled his eyes. “I see.”

Brannon frowned. “What do you mean, I see?”

“This is all about Phoebe. You want to use this to impress her.”

“Fine, so I want to impress her. I’ve been trying for weeks to get her to go out with me, but she tells me she prefers mature men.”

“No, I mean anyone with a higher rank than ours. So the sooner we can earn a full uniform, the better my chances will be.”

“I hate to break it to you, but she has no intention of dating you, no matter what rank of uniform you wear.”

“It’s true; she’s vain, selfish, spoilt and has more money than we’ll ever see. So why would she choose you, a first-year student in the Calliston army?”

“Are you aware you are talking out loud?” Brannon asked.

Loric patted Brannon on the back. “Hey, a true friend tells you the truth, no matter what. It’s part of my job to look out for you. If I don’t tell you the truth, who will?”

“Has it ever occurred to you that lying might make me feel better?”

“Yes, but then you would waste your time swooning over a girl who does not even know you exist, not even when you are right under her turned up snotty little nose.”

“There you go again, talking out loud.”

That second, the girl in question crossed the market square with her friend. When she moved closer to the thief, Loric cursed.

Brannon watched, horrified, as the thief focused on Phoebe and her friend. They each had a small pouch hanging from their waist, and the closer they got to him, the more nervous Brannon became.

“The thief has singled Phoebe and her friend out; he’s planning to rob them.”

“He’s a thief. They have money. He’ll rob them,” Brannon maintained.

“If we break cover, they’ll know we are on to them.”

“And Valcat only entrusted us with this task because Latmus put a good word in for us. If we break cover, we’ll have Latmus to deal with.”

“So what, you want me to stand here and let the thief accost them?”

Brannon had a point, but Loric just knew this would not end well for either of them. “The second we head into the market square, the thief will see our uniforms and take off.”

“Well, better that than he robs Phoebe.”

When the thief inched his way toward Phoebe and her friend, Brannon warned, “Loric, we have to do something. They’re seconds away from being mugged.”

Loric closed his eyes; they wouldn’t be in this mess if they’d headed back to the castle as Latmus had ordered. “Brannon, I swear if this backfires on us, you’ll owe me.”

Brannon smiled. “Trust me, if we can catch the thief and save the girls, we’ll be heroes.”

“And if we fail, Valcat and Latmus will roast our rears over an open fire, and a singed rear does not look good on me.”

“Look, if it wins Phoebe’s favour, it will all be worth it.”

“Fine, so I’ll owe you one. Now you circle left while I circle right. If he runs, take after him.”

“No,” and with that, Brannon slipped out from behind the trader’s stall. Muttering a curse, Loric circled left through the crowd.

Phoebe and her friend avoided the thief by doubling back to a stall near the river’s edge. Undeterred, the thief pushed through the crowd to follow them.

Hiding behind a sea of people, Loric edged closer. Brannon was closer still as Phoebe browsed items for sale.

Spying the thief as he closed in on them, Brannon cursed. The thief’s hand reached for Phoebe’s money pouch, but before he could snatch it, his partner in crime yelled, “Watch out, Callistons!”

The thief whirled around to see Brannon and Loric charging through the crowd. Cursing, he shoved Phoebe out of the way and ran. Flailing her arms, she screamed, then fell backward. Brannon reached out to grab her hand, but it was too late. The last thing he saw was the shocked look on her face as she hit the water. When she surfaced, the river dragged her downstream.

Cursing, Brannon ran to save her while Loric chased after the thief who, he found out, could run like the devil was after him. With the crowd screaming as they shoved and knocked them aside, Loric chased the thief down an alley. Halting, the thief climbed up a building.

“Oh no you don’t,” Loric muttered.

Loric and Brannon used to race over rooftops for fun. So if the thief thought he could lose him that way, he was mistaken. Following suit, Loric continued the chase.

Brannon ran ahead of Phoebe as she flailed her arms and screamed. Scrambling into a tree, he hurried along a low-lying branch and sat down. Hooking his legs over the branch, he dropped backward.

When Phoebe neared him, he yelled, “Take hold!”

Reaching up, Phoebe snatched Brannon’s hands and as the water pummelled around her waist, Brannon lifted her half out of the water, ordering, “Climb.”

“Climb! Are you mad?” Phoebe screeched.

If she didn’t use him to escape the river, they were both stuck. “At least try,” Brannon encouraged.

“This is all your fault,” Phoebe snapped.

“And who will save me from you?”

Whoa, she had a good set of lungs on her, Brannon mused.

Brannon tried again and as they stared into each other’s eyes, he jested, “This could be fate bringing us together.”

Brannon’s arms grew weak. If he dropped her back in the river, she’d have them lynched. “Damn it Loric, where are you?” Brannon shouted.

Loric leapt onto the next building and rolled across the tiled roof. Gaining on the thief, he swore, and then dove through the air. Barrelling into him, he knocked him off his feet, but Loric’s eyes flared as the edge of the roof loomed closer. Yelling, they splashed into the river below. Separating them, the strong current hurled them downstream.

Brannon gazed up to see the thief heading for Phoebe, with Loric close behind. “What the––” Brannon exclaimed.

When the thief knocked into Phoebe, he snatched her money pouch. Continuing downstream, he waved it in the air, shouting, “Thanks.”

On his way past, Loric grabbed hold of Phoebe’s dress. There was a tearing of fabric as a section of her dress tore off and, once again, Loric hurtled through the water. Eventually he scrambled back onto the riverbank and, getting to his feet, he ran back to Brannon.

Loric broke a branch off a tree and, reaching out, he instructed, “Phoebe, take hold and I’ll pull you toward the bank.”

Phoebe released a hand, but the river’s strong current pulled her out of Brannon’s grip and, with a muttered curse, she vanished downstream.

“Hell fire,” Loric cursed as he ran along the riverbank to save Phoebe. Spying a large rock jutting out over the river, he knelt down and held out his hand. When Phoebe snatched hold, he pulled her to safety. Rolling onto his back, he said a silent prayer.

Reaching them, Brannon helped Phoebe to her feet, asking, “Are you all right?”

Phoebe gave him a look of thunder and gazing down at her bare feet, torn dress and general disarray, she stomped her foot, slapped Brannon then kicked Loric.

Holding his stinging cheek, Brannon asked, “What was that for?”

“Never speak to me again,” Phoebe all but screamed. Angry, she stormed away looking like a half-drowned river rat.

When Brannon motioned to follow her, she spun around, warning, “My father will hear about this.”

Loric groaned at the threat. Scrambling to his feet, he glared at Brannon. “What did you do? Kissed the harpy?”

“I’m daft in the head, not insane,” Brannon defended.

Loric threw his hands in the air. “I told you not to get involved. She’s crazy.”

Brannon rubbed his sore cheek. “She must be crazy. She hit me.”

“Good, if she hadn’t, I would have,” Loric threatened. “The goal was to save her from the thief, not drown her.”

“That was the thief’s fault, not mine.”

Loric raked a hand through his wet hair. “And now he’s half way to heavens knows where with her money!”

“You’re right; she slapped me because of the money.”

Loric gave Brannon a knowing look. “Think yourself lucky that I didn’t slap you.”

Brannon wrung the hem of his tunic out. “So, what took you so long?”

“The thief took a detour over the rooftops. I caught up with him, but in the struggle, we fell into the river.”

“Oh, you are so going to owe me for this,” Loric warned. 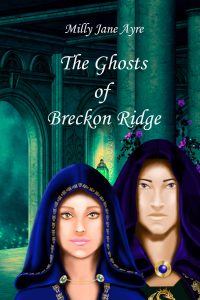