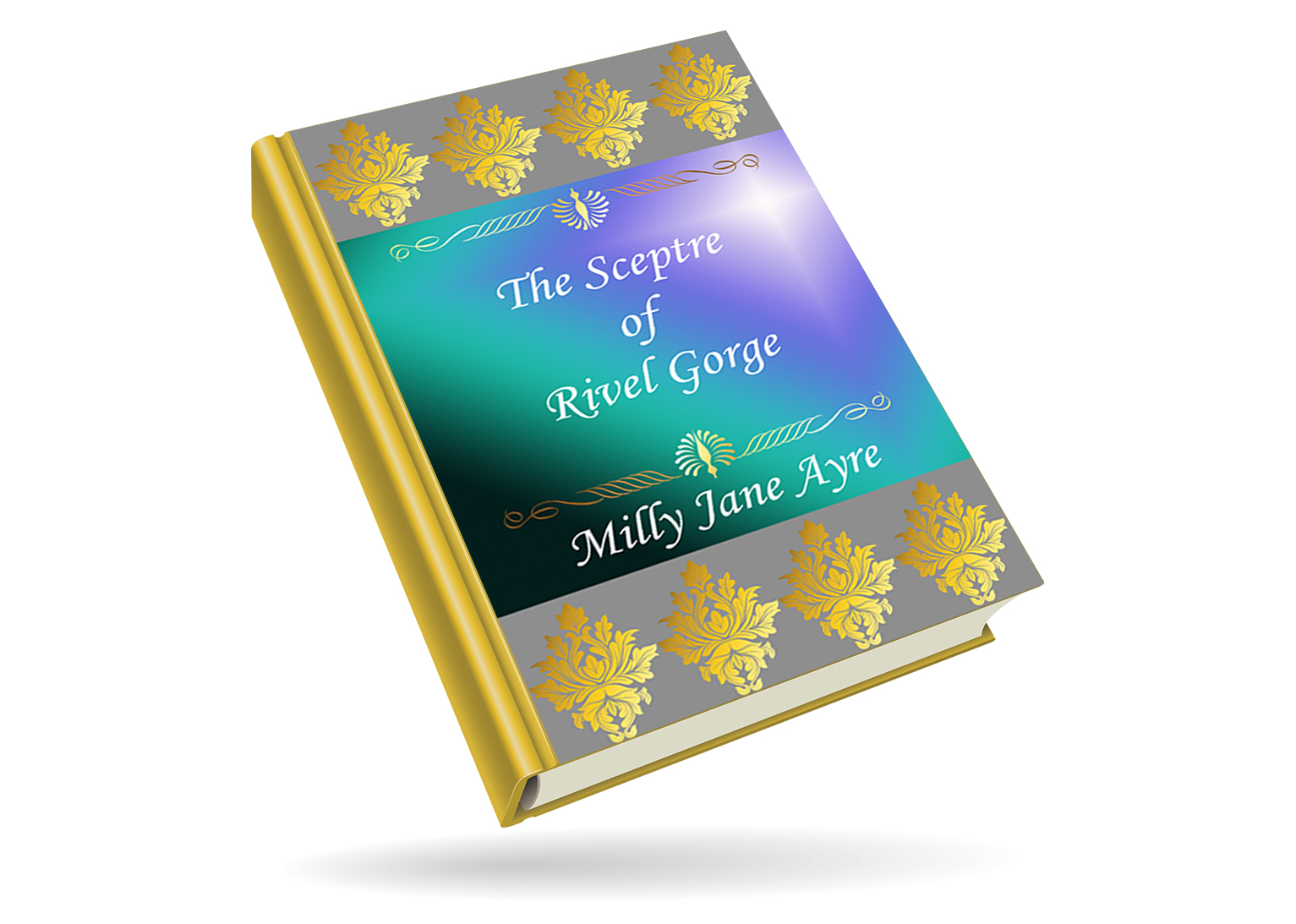 Arianna giggled as she and Princess Shamone ran through the corridors of Greytor Castle to hide in the kitchens.

Sabian was junior aide to Shamone’s father, Prince Tylox, and once again, he was on the warpath. Prince Tylox had ordered Sabian to keep an eye on his daughter. She was grounded at the castle for running off on one of her many escapades, and it was his job to ensure she stayed within the confines of the castle.

Shamone had an uninvited guest keeping a look out for her. Shamone’s new friend, Arianna, had discovered she was not an only child as she had believed, but she had a brother, a Shenshu soldier called Cade. She was even more shocked to find out the people she thought were her parents were not. For most of her fourteen years her adoptive parents treated her like a slave and were mean to her. This new information encouraged her to escape them so she could be reunited with her brother and only living relative.

Cade’s friend, Gilda, a blind healer who lived just outside the main City of Greytor, had offered to look after Arianna while he lived and worked at the Shenshu Academy in Trudoan. It was a training academy for Prince Tylox’s army.

Cade visited Arianna as often as he could; he knew to his cost his sister had a knack for getting into trouble, much like Princess Shamone. In fact, he disapproved of the idea of his sister mixing with Princess Shamone lest she involved her in one of her escapades. If they got their heads together, heaven knows what mischief they would get up to. He’d decided, in his ultimate wisdom, that Arianna should steer clear of Shamone and had issued Arianna with a stern warning.

Arianna had nodded saying that yes, he was right and no she would not visit Shamone unless he said she could. That promise lasted as long as it took Cade to climb in his saddle and ride back to Trudoan.

Trying to catch her breath, Arianna asked, “Do you think we’ve lost him?”

“For now, come on, I want to show you something,” Shamone said as she pulled Arianna across the kitchen and toward a large fire.

Arianna gazed down into the large cast-iron pot. “What is it?”

“I bet you’ve never eaten this before,” Shamone said and taking a large handful of corn, she dropped it into a pot hanging over the fire.

Shamone smiled as she cautioned Arianna to step back a few paces. “I’d steer clear if I were you, things are about to get very noisy.”

“Why, what are you cooking?” Arianna asked as Shamone slid a lid over the pot.

When Sabian ran into the kitchens, it was to find Arianna and Shamone staring at the iron a pot. They were so busy concentrating they did not hear him enter.

Standing behind them with his arms folded across his chest, Sabian demanded, “What the devil is she doing here?”

Shamone and Arianna almost jumped out of their skins. “Oh, it’s you. What do you want Sabian we’re busy?”

“I’m here to remove this vagrant from the castle; she’s not supposed to be here.”

“You’re whatever I say you are. Now leave before I have you thrown out on your runty little rear.”

Shamone stepped between Arianna and Sabian. “Arianna will stay as long as I say because she’s my guest, now if you don’t mind, we’re busy.”

“She’ll leave now or I will involve your parents in this matter,” Sabian threatened.

Arianna did not want to get Shamone into trouble. “It’s okay Your Highness, I’ll leave. I wouldn’t want the addlepated lackwit to cough up a fur ball.”

Shamone stepped in front of Arianna before Sabian could wring her neck. “You’ll stay because I want you to stay.”

Sabian narrowed his eyes. “It’s not about what you want Your Highness. If you’ve not forgotten you are grounded for at least another week, which also means you are not to receive any visitors, especially ill-mannered little brats like this one.”

Arianna was not like her brother Cade, she did not possess his restraint or patience. Moving around Shamone, Arianna wagged a finger in Sabian’s face. “For your information you’re the one showing ill manners, so why don’t you push off and bother someone else.”

Sabian’s mood darkened, it was bad enough he had to tolerate tirades from Princess Shamone, but from a nobody, he didn’t think so.

Sabian grabbed Arianna by the ear and twisted it. “You should have left when I gave you the chance. Let’s see if a day or two locked in a cell at the fort changes your attitude shall we.”

Shamone smacked Sabian’s hand away from Arianna’s ear. “Sabian, leave the girl alone. And you will not lock her in a cell of any description, she’s my guest.”

“Then I suggest you tell her to leave,” but when a loud pop followed by a ting ting came from the cast-iron pot, Sabian demanded, “What are you doing in here?”

“Nothing,” Shamone said as she blocked Sabian’s view of the pot. She knew he would become suspicious and take the lid off.

Stepping toward the fire Sabian lifted the lid. There were more popping sounds followed by a cacophony of bangs pings and tings as exploding corn shot out of the pot like hot missiles.

Flying balls of corn forced Sabian to retreat until it had popped itself out. When Sabian turned around, his feet crunching over the mass of corn lying on the floor, he noticed Shamone and Arianna had vanished.

Shamone and Arianna were giggling as they ran through the gardens but they soon came to a skidding halt when they saw Herla, Shamone’s tutor and arch nemesis storming toward them. Laughing, Shamone turned to run in the opposite direction only to find Sabian blocking their path.

Pulling a face, Shamone cursed, “Damn it the lackwit’s found us.”

“I heard that,” Sabian said as he closed the gap between them.

Halting, Sabian glared down at Arianna. “We do not tolerate thieves at Greytor Castle.”

“Nor should you,” Arianna sniggered.

Shamone had seen that look in Sabian’s eyes before, he was plotting something. “And what thieves are you referring to?”

“I’m glad you find your predicament amusing Your Highness.”

“My predicament is not half as amusing as watching you dodge flying corn,” Shamone mocked. “In fact, I think there’s still a few on your head, very fetching.”

“If you’ve finished trying to impress your criminally minded friend here, I suggest she leaves.”

“She’s not a criminal, and it’s not a crime to have fun Sabian, you should try it sometime.”

“It is when you’re grounded. Now either get rid of the wretch or I will.”

Satisfied Sabian was dealing with the issue, Herla left the gardens to inform Prince Tylox and his wife, Princess Opia that their daughter was still at the castle.

Sabian already knew how stubborn Shamone could be, but he could match her any day of the week. Turning his attention back to Arianna, he demanded, “So, why did you steal it?”

Shamone moved Arianna to one side. “What are you talking about? Arianna has stolen nothing from the castle.”

Sabian held up a crystal ornament. “Oh, but she did.”

“No, I did not, I’ve never laid eyes on that… whatever it is until now,” Arianna protested.

“I know, but that’s not the story I’ll be telling Prince Tylox.”

“Yes, it is, now is the thieving little harpy leaving or not?”

Shamone glared at Sabian. “She’ll stay until I say otherwise.”

“No, final is when I have her arrested.”

“You’ll refer to her as Your Highness,” Sabian snapped at Arianna’s informal use of Shamone’s first name.

Arianna didn’t like the lanky oaf and without warning, she kicked him in the shin. “Don’t worry, I’m leaving.”

Shamone couldn’t help but laugh as Sabian cried out in pain, then hopped around on one foot.

Satisfied, Arianna lifted her chin in the air. Smiling, Shamone locked arms with her and escorted her to the main gates of the castle.

Sabian hated being bested by anyone as the little irk was about to find out. Hobbling after them, he halted Arianna just as she was about to exit the castle grounds.

“Is something wrong, sir?” A guard asked.

Gripping Arianna’s arm, Sabian ordered, “Arrest her, I’ve just caught this little thief stealing in the castle,” and with that, Sabian held up a crystal ornament up for the guard to see.

“Have her secured at the fort in Greytor and keep her there until I say otherwise,” Sabian all but bellowed at the guard.

Nodding, the guard bundled Arianna into a cart. When the guard escorted her down the road toward Greytor, Shamone glared at Sabian, warning, “I’ll see you pay for this Sabian, she wouldn’t steal from me she’s my friend.”

“Not for much longer,” Sabian said as he grabbed Shamone’s arm and escorted her back inside the castle.

“Sabian, you will go to Greytor and release Arianna this instant,” Shamone demanded.

“I’ll do no such thing. The little wretch needs to learn her place.”

“But she’s done nothing wrong.”

“She came here without permission, not to mention she’s just assaulted me, reason enough for a few days in a cell if you ask me.”

“Well, nobody asked you.”

Sabian gave Shamone one of his victory smiles. “I think it’s time to explain to your parents why you had a visitor when forbidden to see or speak to anyone.”

“You won’t get away with this.”

“Oh, dear Your Highness, have we lost our sense of humour? Are you no longer amused?”

No and neither would he be when she paid him back for arresting her friend. How dare he lie about Arianna stealing from the castle? Shamone knew however that Sabian would dare anything, anything that got her into trouble. 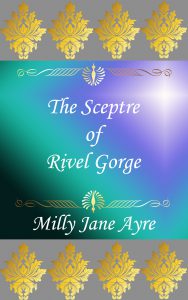