The Kingdom of Oberon was ruled by an army of Calliston Warriors. Their leader, Nengar, was a fair but firm ruler. No one brooked his authority or that of his warriors. They were known throughout the six kingdoms as fierce and elite fighters. No one ever challenged them except the criminals who they sought to track down and bring to justice.

Auzara, a young strong willed female warrior from the Kingdom of Palaso, had arrived in Oberon to pay her brothers a visit. Her Brothers lived in Broon. Broon was only a few miles out of Caddoan, Oberon’s main capital. They had found it amusing to tell Auzara how the warriors in Oberon refused to allow women to join their army or carry weapons of any kind.

In Palaso, women fought as fiercely as the men did so Auzara had no problem challenging a Calliston’s authority or showing them how skilled a Palaso Warrior could be. Anyone who tried to dictate to her what she could and could not do would find themselves on the sharp end of her twin blades. She just didn’t realise how soon she would have to use them. 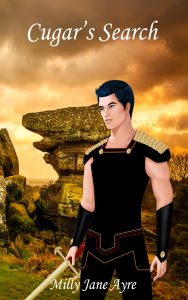