Princess Shamone had accidentally or not so accidentally overheard Sabian, her arch nemesis and father’s junior aide, arranging to meet two trackers, who, she discovered, were on the trail of an ancient artefact. If Sabian could find the artefact, he would gain a promotion, something Shamone would stop at all cost.

Determined to scupper Sabian’s plans, Shamone vowed to follow him to the meeting. Once there she would eavesdrop in on his conversation and steal the artefact from under his nose.

Unfortunately for Shamone, she would unwittingly acquire an ill-equipped companion on her quest. To make matters worse, Sabian was not the only one looking for the artefact, and what starts out as a simple seek and find mission, quickly turns into a dangerous game of cat and mouse. And as the stakes get higher, Shamone realises there can only be one victor, but at what cost? 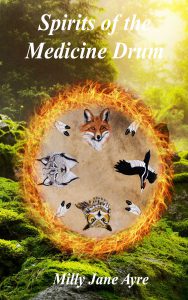