Charity Tyr Elise would not stand by and watch her arch nemesis, Trey Delatoy, take what rightfully belong to her father. In a kingdom where Calliston Warriors ruled, she would have to be as sly and as cunning as her enemy if she was to defeat him.

Charity, like all female ancestors before her had sworn not to divulge her secret, a secret that Trey Delatoy was intent on uncovering. To stop him, she would have to be the thorn in his side, the faceless enemy, but when two very determined Calliston Warriors start investigating trouble in their kingdom, she finds out that she might just have bitten off more than she can chew.

Live or die she would not allow Delatoy to discover the secret hidden deep beneath the Blackstone Temple. Live or die, her secret would stay hidden. 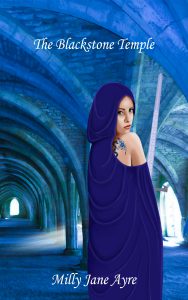