Charity Tyr Elise had a knack of annoying most people. It wasn’t her fault she’d been born the guardian to a blue dragon called Valour. Neither was it her fault that she was sworn to keep it a secret. Guardian law dictated that she help Valour right the wrongs that other people inflicted on the innocent of her kingdom. It was her destiny and she threw herself into it with an eager heart and sword.

Her only problem was that in the Kingdom of Oberon women did not carry weapons, defend people or start fights. In Oberon there was a castle full of Calliston Warriors who ruled the land without equal. Unfortunately for two Calliston Warriors, Charity had chosen to ignore their orders to put down her sword and stay out of trouble.

So, when Valour issued her with the simple task of finding a young boy to make sure that he found his grandfather, she had no idea that she would set off a chain of events that would bring Calliston Warriors and new enemies alike all baying for her blood. 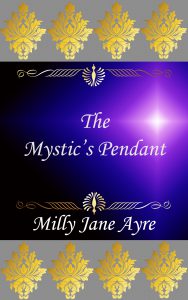