Lady Jesslyn Chaveer had led a privileged life in her father’s castle, a castle that sat atop a picturesque forested hill in Llyr Tallow. Along with Lana, her younger sister, she had enjoyed many a happy hour roaming and playing in the forests around their home. Life was good, until a servant had delivered Jesslyn the crushing blow that her father, Lord Fellador Chaveer had died in a riding accident.

Jesslyn had never quite believed the stories of how her father had died. Her father was an excellent rider, so her suspicions became even more aroused when her father’s cousin by marriage came to visit. She’d never liked Tobias Trill, he was not a man to be trusted. If only she had paid heed to her gut instincts and refused him entry into her home. If she had, then her world would not have spun so out of control. 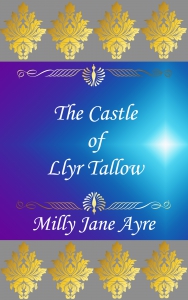